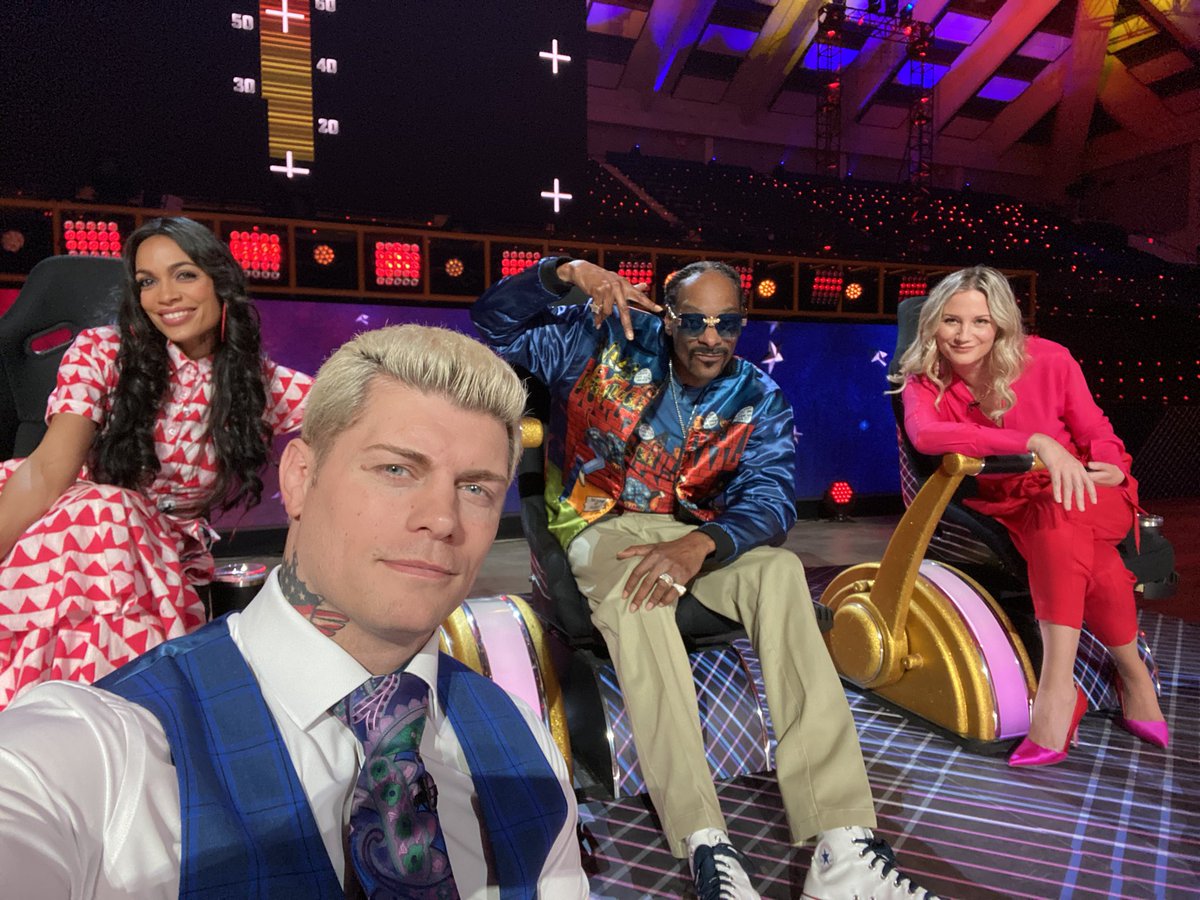 Cody will be a judge on a new TBS reality show, Go-Big Show.

After tonight’s episode of AEW Dynamite ended, Cody appeared and mentioned that while he is currently out of action, he will be a part of a new talent competition. He threw it to host Bert Kreischer, who explained the premise of the show.

Go-Big Show will feature celebrity judges Snoop Dogg, Rosario Dawson, Jennifer Nettles and Cody judging the likes of monster trucks, alligator trainers, stunt archery, and other feats. It will also highlight behind-the-scenes stories from the challengers, whose aim is to impress the judges in head-to-head competition.

The show is taking place at the Macon Coliseum in Georgia, where strict COVID-19 safety protocols are taking place. The arena will remain empty, but will have a drive-in audience with spectators. The show will be produced by Propagate and Matador Content and will launch in 2021.

Cody has not been seen on AEW television since being laid out by Brodie Lee and the Dark Order on the August 22 episode of Dynamite.