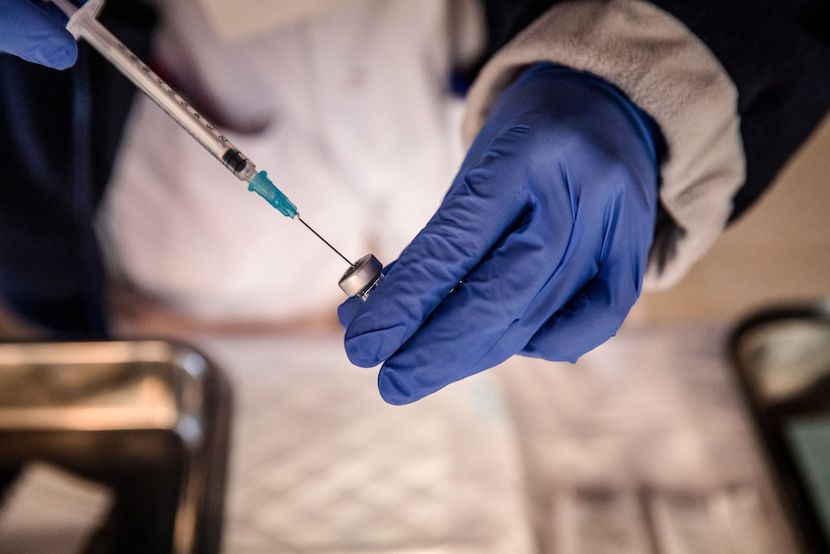 (Bloomberg) – The BioVac Institute, a state-backed South African vaccine company, plans to use a deal it won to manufacture coronavirus shots as a stepping stone toward developing an inoculation export industry in the country.

The contract with US-based ImmunityBio, which is conducting phase 1 vaccine trials in South Africa and the US, will allow BioVac to transform itself from a facility that merely packages and labels the shots to one that makes the raw materials, Morena Makhoana, BioVac’s chief executive officer, said in an interview on Friday.

“What we have been working on is how do we ensure that any intervention we get into has a longer lasting impact,” he said. BioVac will build a plant at a cost of as much as €200m ($238m)to make active pharmaceutical ingredients, or APIs. It will start with the Covid-19 shots and then be able to manufacture any similar vaccines, he said.

The plant, which Makhoana said may be able to produce about 100 million doses a year, would enable BioVac to join Senegal’s Institut Pasteur de Dakar as one of two companies able to make vaccines from start to finish in sub-Saharan Africa. Currently, BioVac and Aspen Pharmacare have the ability to complete vaccines in South Africa once supplied with the APIs. Aspen will start filling Covid-19 vaccine vials on behalf of Johnson & Johnson in the second quarter of the year.

BioVac, which is 47.5% owned by the state and 30% held by Makhoana, is in talks with ImmunityBio about taking a stake, the CEO said, without specifying whether it would be in the company or the new facility. The plant would be built in Cape Town, preferably adjacent to the company’s current operation.

“It does need to cater for beyond South Africa,” he said, adding that a scaled down version could cost as little as 50 million euros.

ImmunityBio’s vaccine, while lagging behind those made by bigger companies such as Johnson & Johnson and AstraZeneca, is seen to have its advantages.

Its so-called hAd5 T-cell kills infected cells and in addition to the spike proteins found on the coronavirus the shot targets the nucleocapsid protein, which is less prone to mutations. That could make it more effective against strains such as the one first found in South Africa late last year, ImmunityBio and Biovac said in a statement.

“It may be a standard injectable, or a game changer in an oral form,” Makhoana said. “You can imagine what it would do for compliance, for storage.”

Still, there are concerns. The vaccine uses a cold germ, known as adenovirus 5, to act against the coronavirus, which has in previous studies appeared to make people more susceptible to HIV infection.

ImmunityBio has made genetic “deletions” to the adenovirus that the company believes makes it safer, Makhoana said. The trial in South Africa, which has the world’s biggest number of people infected with HIV, will prove whether that’s correct, he said.

South Africa has had more than 1.5 million confirmed coronavirus cases and almost 52,000 deaths, making it the hardest-hit country on the continent.