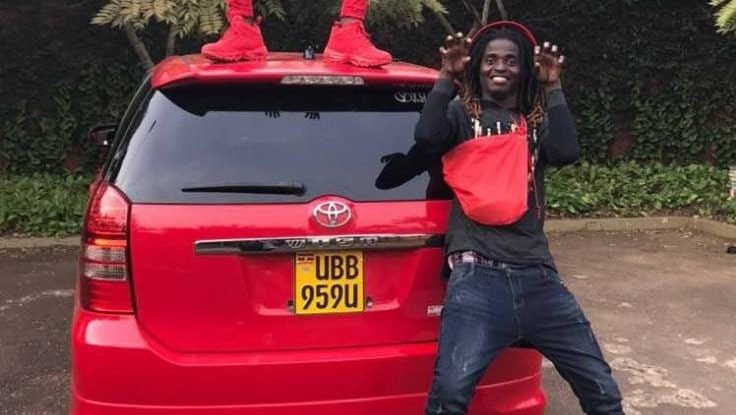 Latest news on our desk has it that dancer Wembly Mo of the famous “Kakima” dance spent his Saturday night behind the bars as he tried to represent a bro.

Wembly is said to have arrived at the venue late in the night to perform in Fik Fameika’s slot, only to be denied the stage but rather handcuffed.

Sources have it that Fik Fameika was meant to perform earlier but he never appeared even after being paid to zero balance. It was at this point that the two parties agreed to reschedule Fik Fameika for another day with a deposit of the debt.

On the agreed date, Fik Fameika never appeared as it was only Wembly Mo and his manager who appeared at the venue to apparently cover up for Fik. The two were arrested and spent the night behind bars.

Another source also told our snoops that the organisers of the event didn’t want the event to completely flop on learning about the shun by Fik. So, they called Dax Kartel and told him to go on stage and announce how Fik could not make it and that he was there to perform in his place. Dax Kartel rejected the deal with no secondary thought saying his being his own brand does not allow him to do such unprofessional acts.

The arrested were rescued from jail and we shall update you about all that comes out of this.

Also Read: Mr.Eazi Back To Have The Rolex One More Time!