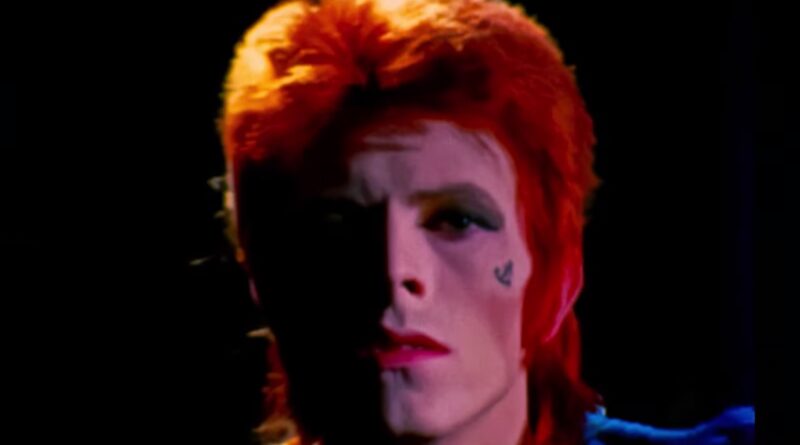 The trailer for director Brett Morgen’s upcoming David Bowie biopic, Moonage Daydream, promises a technicolor, career-spanning look at the life of the late rock and roll space man. The movie that debuted at the Cannes Film Festival in May is slated to hit theaters around the world on Sept. 16 and from the looks of the project will be a spectacle worthy of the chameleonic singer who helped make gender-bending glam rock a global phenomenon in the 1970s.

Narrated by Bowie, the 2-minute trailer opens with the singer intoning, “you’re aware of a deeper existence,” over an image of a far-away galaxy while a ghostly voice asks, “Are you there David?” As the acoustic strumming of his iconic 1969 classic “Space Oddity” swells up, Bowie adds, “maybe a temporary reassurance that indeed there is no beginning, no end… and you find yourself struggling to comprehend a deep mystery.”

The footage then zooms in on Bowie in his flame-haired Ziggy Stardust prime, staring into the lens with a face full of pancake makeup and a temporary anchor tattoo on his left cheek. Morgen (The Kid Stays in the Picture, Cobain: Montage of Heck) then teases a montage of live footage from throughout the rock icon’s career, from his glitter-soaked Ziggy days, through his Thin White Duke, Young Americans and besuited “Let’s Dance” phases, as well as footage from his Isolar, Serious Moonlight, Diamond Dogs, Glass Spider and Outside/Earthling tours. In voiceover, Bowie explains, “ever since I was 16 I was determined to have the greatest adventure any one person could ever have.”

Over a series of bold-faced raves from media outlets about the film, the action then turns to the title track, which appeared on Bowie’s 1972 landmark The Rise and Fall of Ziggy Stardust and the Spiders From Mars album. In an interview clip from the era — in which Bowie rocks one giant chandelier earring in his right ear to accent his patchwork quilt suit, glossy lipstick, pink eyeshadow and candy-colored satin wedges — the questioner asks “are those men’s shoes or women’s shoes or bisexual shoes?”

Though Bowie’s life has explored in a number of films since his death at 69 in January 2016, the caption for the trailer promises “never-before-seen footage, performances and music” as part of  a “cinematic odyssey explores David Bowie’s creative, musical and spiritual journey.” A press release announcing the film notes that Bowie’s estate provided Morgen with more than 5 million assets in 2017, including rare and never-before-seen drawings, recordings, films and journals.

It also notes that the movie narrated by the singer is the “first officially sanctioned film on the artist.” Written, directed and produced by Morgen, the music for Moonage Daydream was produced by one of Bowie’s longest-running musical collaborators, producer Tony Visconti.

Watch the Moonage Daydream trailer below.