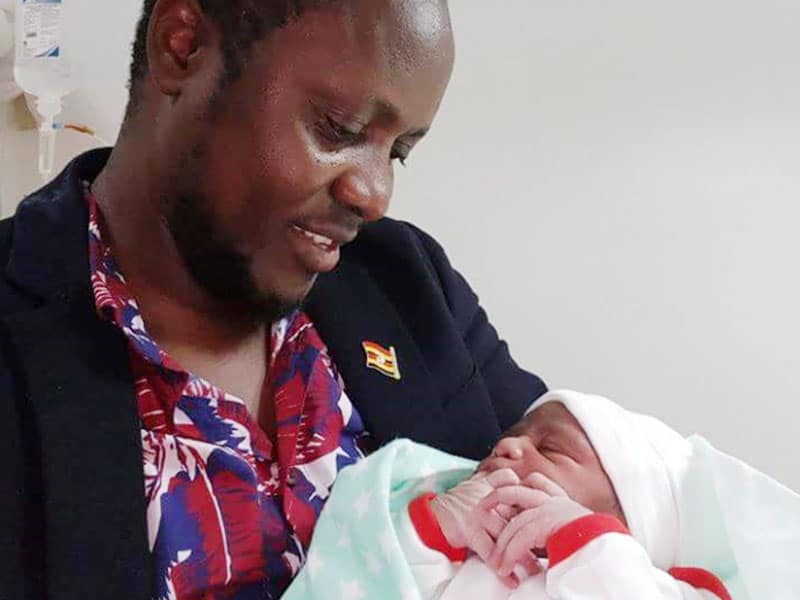 Musician-turned-politician Hillary Kiyaga alias Dr Hilderman’s wife has given birth to a bouncing baby boy and named him after the Kyadondo East MP: Bobi Wine.

This was all revealed by the Mawokota born as e went on his social media to break the news. Hilderman also revealed that he had named his baby Bobi because of the courage he has. He therefore asked the baby to follow suit.

“Welcome to the world my son. I have today named you BOBI CRISTON WOKOTA. Be a man of courage like the great man i have named you after. I was born from a great family in Mawokota, automatically you are a Mawokotanian. Like your name WOKOTA, let it be a password to remind you that you are a born of this great land, work towards making it a better land always. God bless you my son always.” Hilderman posted.

Dr. Hilderman, with intentions of contesting as Mawokota MP unseating Amellia Kyambadde for whom he did a song has on several occasions credited his courage of leadership to Bobi Wine.