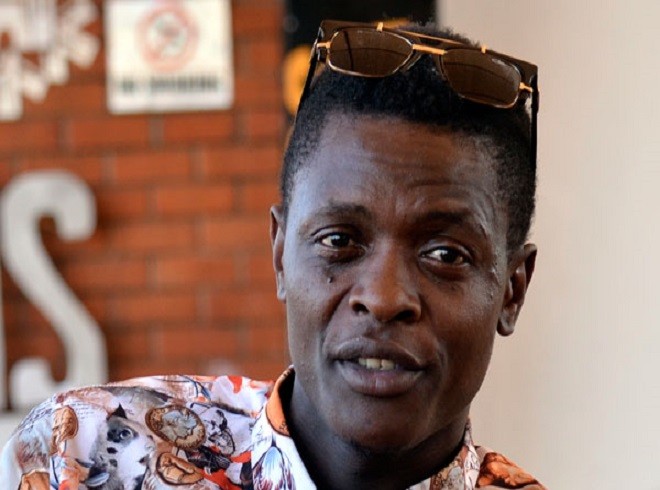 Latest news at EJazz Media desk confirms that self proclaimed music doctor and Uganda’s number one Jose Chameleone has been at vision group few hours ago to eat a humble pie with Vision group journalist Josephat Sseguya who he is believed to have nearly thumped.

Our source at the industrial area based station revealed to us that Chameleone got to vision group at around 7PM EAT and amidst the newsroom he humbled the self down and apologised to Sseguya and vision group at large.

“I humbly apologise to my brother Sseguya. Am so sorry” Chameleone said these to a rather non-interested Sseguya as the whole newsroom giggled.

Our reprters are on the look to establish the grounds o which Chameleone did such a heroic act as musicians are well known for hardly accepting their mistakes. However the little we have for now is that  this was a move pushed by Brian White who is Chameleone’s boss at the famous podium.

It is alleged that Sseguya is yet to receive some money from Brian White to bury the hatchet.

News yet to be confirmed has it that Sseguya also withdrew his case from court today.

We are on the look out for any developing story.