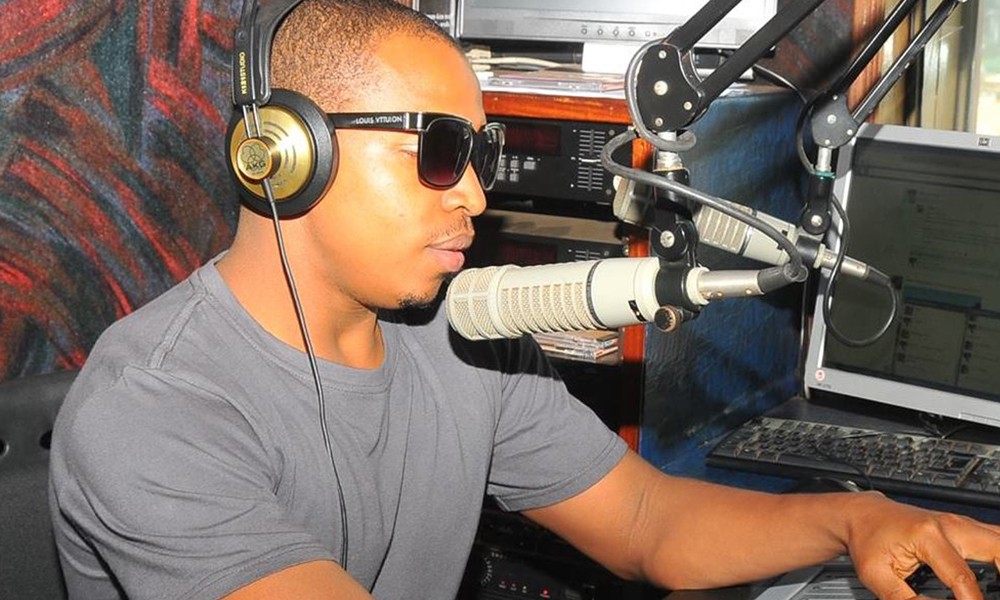 Freddie, commonly known as D’Hook Master is signing out of KFM today, after 15 years.

Freddie had built a unique brand and identity that he’s brought out and sold to his fans. This built a bond between him and his fans.

The skill and expertise he’s exhibited in running a flawless show kept the listeners always waiting for him every single morning.

His workmates have described him as a very hardworking colleague.

In his parting shots, Freddie says after 22 years of radio and 15 years at K.FM he’s got to the finish line and it’s time for him to hang the headsets.

Freddie could not wait to feel proud of himself saying he’s mentored, several young people that he says he feels proud of.

“I feel like I’ve let down my fan base. If you look at my phone, a lot of messages that are making me feel emotional.” Freddie said.

Freddie who is also the longest serving presenter at the Namuwongo-based station has been replaced by NTV’s Lynda Ddane who he advised to have it in mind that radio is blind and that the listeners look out for what comes with the voice.

About his next move Freddie doesn’t rule out the fact that he could pop up from somewhere else on-air if given a better offer but he insists that it’s better not to count eggs before they hatch so he promised to announce the move after he confirms it.

KFM fans have taken onto their social media platforms to wish Freddie Sankura farewell as he presents his last show on the D’Hook today.

Kayima Patrick, who commented on the Facebook post by KFM that was appreciating Freddie says that he grew up with Freddie on the show.

“Grew up with you Freddie thnx for making my life better will always miss you but that’s life, all the best in your upcoming endeavors Adiós,” he commented.

More fans have commented and expressed how much they will miss Freddie but still wish him the best.

“Thank you for the job wel done,” Oketto Betty posted.

“It’s too sad to say goodbye to u Freddie,” Faith Mwiima added.

“We are realy gng to mis u dhook master bt all the best wereva r gng 2 be,” Nakayima Verons Verons said.

“I just wish you blossoms My D’Hook Master, u have really been so exceptional and sensational Bro, all the Best ,” Ronald Bursar Oguro.