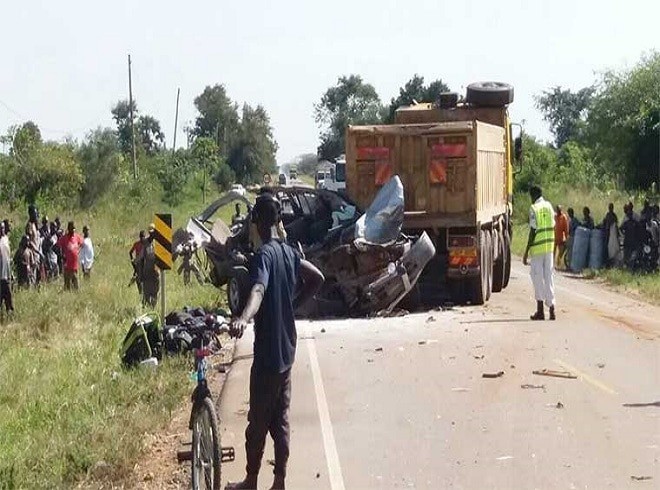 After the terrible Kirandongo accident of a Gaaga bus, a trailer and a tractor that cost 23 lives as per the police report, government came out and did what it could to save the situation.

This included airlifting the causalities to Kampala for better medication, giving 3 million and 5 Million to the causalities and deceased’s families as well as announcing a three day public mourning period for the lives lost.

Well it all seems no to be well with the accident victims even after being airlifted to Kampala for better medication and clearing some of their bills.

In our efforts to follow up the issue we found one of the victims at Nsambya hospital in Intensive Care Unit from which she had already accumulated a bill of Shs.50 Million. The 32 year old woman is said to have got traumatic head injury that got her into the Intensive care unit.

However her family members have already been terrified by the bill that was accumulated within such a short time and are not certain of the possibility to clear this bill.

“We also have another patient from the same accident with a bill of Shs.11 Million” revealed one of the family members.

State Minister for Health Joyce Mary Kaducu has however revealed that the government is aware of the issue and is in talks with the hospital administration to see the bill slashed down to a price they can contain.

“A committee was executed by the Executive director at the Nsambya – based Hospital to revise the costs to appropriate figures” a staff member at the Hospital told our reporter.

Kaduchu however added that is this fails then the ministry might have to foot the total bill.