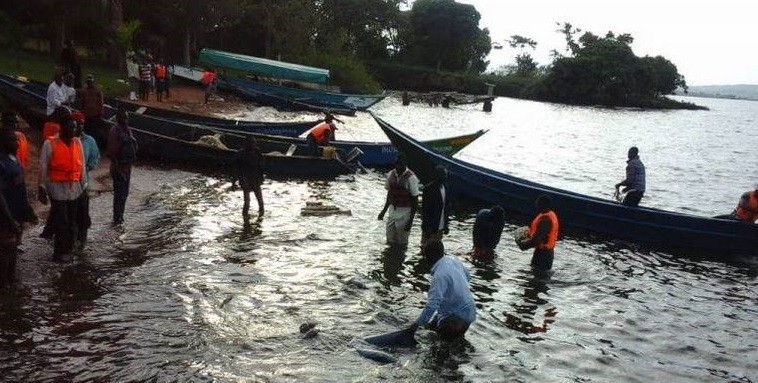 I Gave My Life Jacket to Another Person. -A  Boat Accident Survivor told our reporter.

The survivor identified as Ssenkeezi told EJazz Ug that after being notified that the boat was yet to sink, they started jumping onto boats of rescuers some of which where by-passers who had chosen to help, only for one of the boats to get overloaded and sink overturn.
“Majority of the people on the boat at the time it capsized, had their life jackets on. I too had my life jacket but I decided to give it to someone else who I realized couldn’t swim,” he said.

When the rescue boat arrived, Ssenkeezi says he and many of his colleagues leapt on but because of the numbers, it also capsized. “More people who had survived the first accident died on this one,”

Another story has been had in a voice from the boat occupants saying many of the revelers died because they were drunk. “One of the boat’s technical guys repeatedly told us to sit down and balance the boat but we paid a deaf ear as many of us were drunk” she says.

In the audio, the yet to be identified person also reveals that some by-passers who foresaw the boat’s sinking came nearer and asked some of the revelers to jump to the smaller boat as the bigger one was yet to sink. ” many however never listened!” she adds.