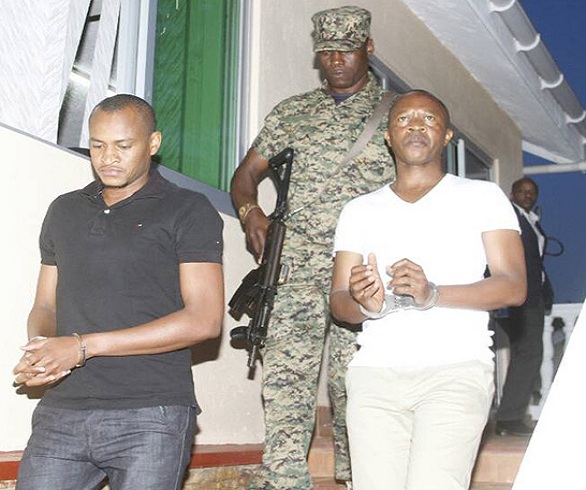 Latest news reaching our desk reveals how NTV the Beat presenter Sheila Gashumba has her dad behind bars after he was caught trying to seal a multi billion dollar deal.

Lt.Deo Akiiki from UPDF revealed to journalists  that following a tip off, CMI operatives intercepted a deal in which Gashumba was about to fleece an investor of huge sums of money. A source told us that the deal was worth over twelve million dollars.

Ministry of defence reveals that, one Nasser Mukungu was arrested by JATT operatives at the scene whereas one Innocent Kasumba also known as Simon Mutabaazi escaped the arrest. On Saturday, Kasumba ,  Frank Gashumba’s brother was arrested.  A search in his home yielded two passports with separate identities.

On learning about a brother’s arrest, Gashumba showed up at CMI together with his lawyer in a bid to seek release for his brother he too was arrested.

The UPDF spokesperson said investigations would reveal the next course of action about which court the suspects will be charged in. The constitution however says if anyone is caught in an army related crime, then they most probably are charged in the court martial.

“Investigations will show whether to take him to the court martial or any other court but most of the items he was arrested with have a connection with the Ministry of Defence,” UPDF spokes person added.

He said that the suspects are currently detained at the Special Investigations Unit in Kireka.