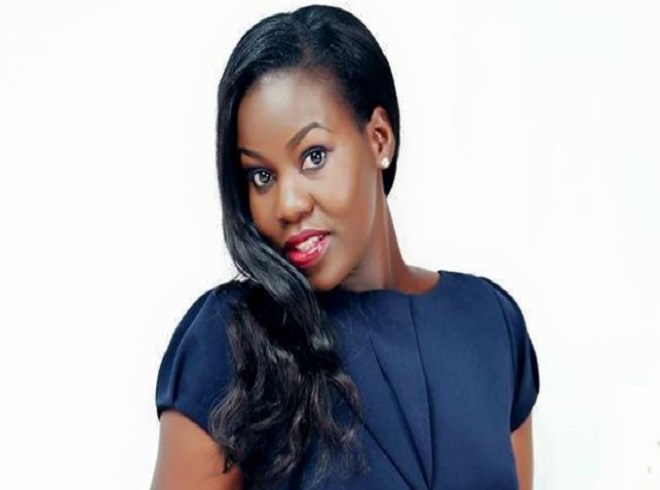 Well-known Tv Personality of the Nation Media group and NTV in particular: Faridah nakazibwe has today morning given up to what seemed to be overloaded pressure.

Faridah came out and spilled shocking details about how fellow Media personnel also daughter to Minister of Agriculture , Justine Nameere is working hard to fail her marriage.

According to Mwasuze mutya presenter, Nameere has created over 10 pseudo accounts which she has been using to malign her (Nakazibwe) in the face of her husband a one Omar Ssali by telling him how she is a prostitute who sleeps with all kinds of men for money and favours.

Below is Faridah’s Full Statement.

THIS GOES OUT TO YOU JUSTINE NAMEERE.

Well….silence is one of those tools I have used to win in life. I wish I could continue keeping quiet but…not with my name being pulled down by someone I have only met at a workplace before.

I don’t know much about you, Justine. I don’t care about your life. Infact, I don’t want to know you beyond what you did at NTV but.. Wallahi onnemeddeko, forcing me to bring your inbox dirt out. (I know you are going to deny it coz gal, you have mastered the art of FAKE)

Am not so sure what your cause is…I am only seeing a woman focused on bringing me and my marriage down.

1. You have opened up over 10 fake facebook accounts(some opened up in my name, using my picture), writing to my husband, maligning me. At first, I thought it was a joke and I even personally texted you in your fb inbox, notifying you about someone using your mobile number as a contact for my husband to reach them. You denied….only for your continued texts to give you away.

2. You have threatened us continously and I chose to treat you as a barking dog, hoping you would give up but…you just won’t stop!

3. You have tapped my phones, hacked my fb and email accounts, you have offered my freinds money in exchange for information about me, stalked me on tv, office and along the way home, but stilled you can’t produce proof of my alleged infidelity.

4. There is proof that you are responsible for the bad press around me for the past over 1 and a half years and I ask myself:

Are you threatened by my little success? Do you need my help indirectly? Why are you so bitter? Are you an obsessed admirer of me? Why are you so bent at failing me? When do you ever get time for yourself and your family?

Anyway…..attached are just some of the hundreds of screen shots of your lugambo to my hubby via his inbox, whose access I have btw and….your latest fake account JOJO BELLA in my inbox before you took your desperacy to bloggers, pretending to be my freind’s wife…God!!. Did you even think of what that could do to his young family????

You can now pull out your tired phrase of…..”I am a lawyer and I need an apology or else this post should be pulled down before I sue you.”

Am doing this not because am a coward seeking attention but because I am sick and tired of being stepped on by you, Justine who thinks you can kill my name through a mere baseless chat to an unprofessional blogger who is so used to copy and paste. Do you know how many people you are hurting along the way?

Btw, I am deliberately staying away from releasing voice call records to my husband, pictures of your hot gals in Qatar with their mum on mission, your taped video at my freind Irene’s office just to get information about me…..am doing this because I still want to remain civil with you and not to directly involve those playing in the background… otherwise, your team of “wise” women will be exposed if you don’t leave me alone.

The IGP’s office is aware of this though I still asked them to keep it calm….simply to avoid drama.

However on hearing this, Nameere who said she was busy doing chores at home and received several calls calling her online gave her response  as below.

We are following up this story to see where it all ends.