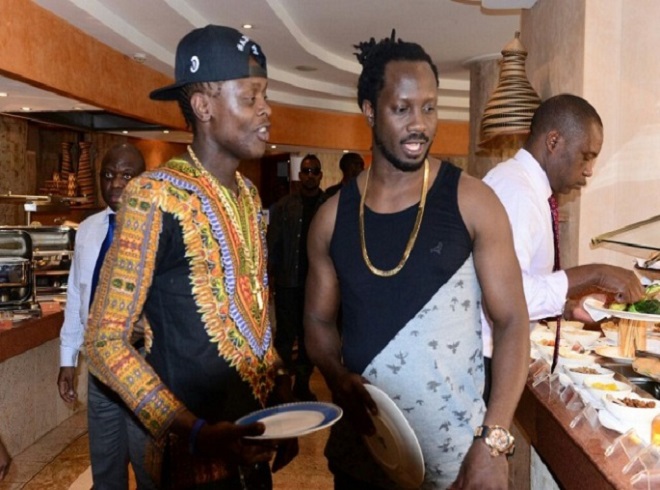 Controversial Musician Moses Ssali aka Bebe Cool has come out to reveal facts concerning his grudges with Dr.Jose Chameleone. This was in response to Chameleone’s statement where he blamed the lad for not giving him time to solve their wrangles.

According the Bebe Cool the Valu Valu hit-maker is a real Chameleone that changes colour according to the surroundings. “One person i can’t trust is him” he says. Bebe goes on to reveal that Chameleone is one person that will come to the public and prove how bad someone is then he goes behind curtains and pretends to the other person how all is fine.

Bebe was speaking about his last year’s annual event Tondeka Ekiwatule that Chameleone missed intentionally according to Bebe. He says that Chameleone recieved money and booking for the event yet he knew he wasn’t going to be around.

Bebe Cool calls this disrespect of both him and his fans. “I didn’t need him because he had hits, several people had performed hits and i could close it off” brags Bebe.

On Chameleone’s attempt to apologise to the Mboozi Za Malwa hitmaker, he denied him chance saying it was not the right place. According to Bebe, he was in a noisy place and could not listen to Chameleone from a bar. He therefore invited him to his home in Ntinda if he ever wanted to apologise.

Bebe however advised the doctor to mean business when it is business arguing that he(Bebe Cool) is not of Chameleone’s age neither do they share thinking levels.

“If you fucked me up, stay on your side and I stay on my side.” He concludes.