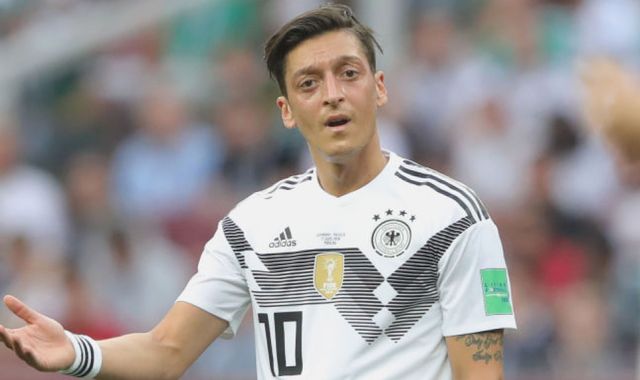 Arsenal’s star and Germany international Mesut Ozil is back in training at the London colony ahead of the team’s trip to Cardiff on Sunday.
The midfielder missed Saturday’s London derby against Westham at Emirates which saw them record their first ever premier league win under new manager Unai Emery.

His absence fuelled rumour that he had an argument at the training ground with new manager.

However Unai Emery dismissed the rumour saying that Ozil’s absence from the club’s 3-1 victory was because of “ a sickness”.

“The information isn’t true. I don’t know who started telling people this information, he was sick yesterday and it was decided that he would not play” Emery said.

Arsenal are placed 9th on the table with 6 points behind table leaders Liverpool and will travel to Cardiff to play against premier league graduates; Cardiff city in what is expected to be Unai Emery’s first way win after losing to Chelsea at Stamford bridge.