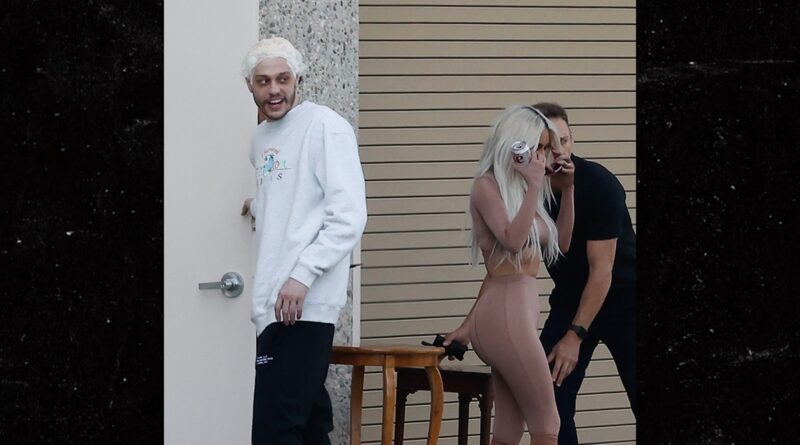 Pete Davidson
Back in La La Land with Kim …
Take Off Your Shower Cap and Smile!!!

Pete Davidson has ventured West — no, not THAT West — after his exit from ‘SNL.’

Pete’s back in L.A. with GF Kim Kardashian. Kim was doing a photo shoot for SKIMS at her office — and Pete was hanging out. 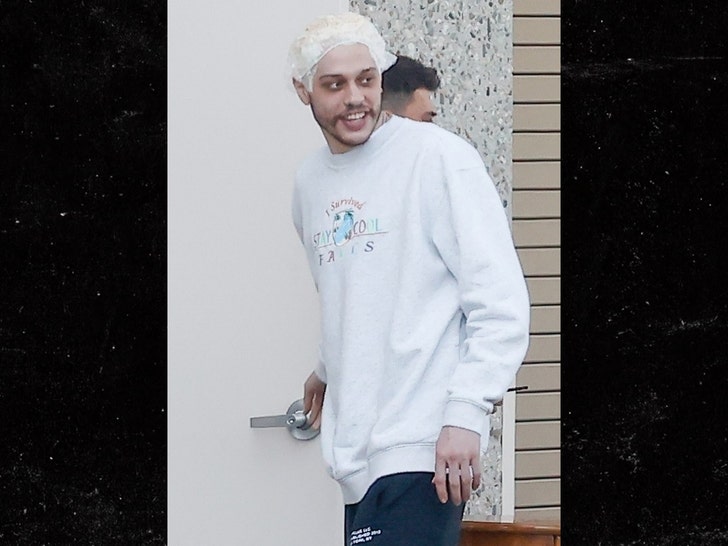 Pete was decked out in a shower cap — covering his bleached mane — while KK rocked a pretty snazzy bodysuit.

The decks are now cleared for Pete to move to L.A. He hasn’t said where he’ll land, but he wants to do more movies so the City of Angels seems to be the place that makes the most sense.

Also, it’s now undeniable — his relationship with Kim is super serious, so enough of the bicoastal crap already.

If Pete does move to L.A. … it’s unclear where he’ll live, but he DOES have options.

For Kim’s part, she’s thrown down the gauntlet with Kanye, telling her family she will never hurt them to protect the man she’s with. Doesn’t seem to be an issue with Pete.