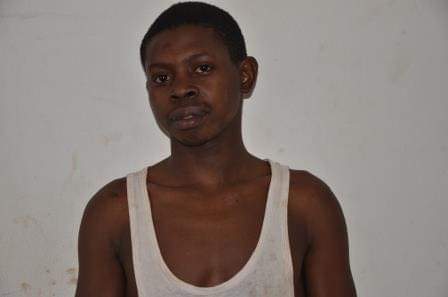 The gang leader, Tamale Aloysius would plant his accomplices, at well surveiled locations, where they jointly attacked and killed the victims. On other occasions, the assailants would hire a boda boda rider whom they would attack and kill. Their victims were randomly selected.

In Makindye division, they have been linked to 6 murders of boda boda riders. These include;

Our teams in Kawempe and Mukono are also verifying their records for probable linkages to the criminal gang.

The prevailing facts clearly reveal how Aloysius Tamale the team leader, would identify new boda boda motorcycles for robbery. He also doubled as the marketeer, who sold the stolen motorcycles in Muganzirwaza , Nyanama and Mutundwe and the proceeds shared.

We are happy to inform the public that ever since the gang was arrested, there are no new incidents of boda boda robberies and related murders within the KMP area. The investigations into the murder of Mulindwa Derrick are progressively well, after fingerprints that were lifted on the deceased’s helmet matched those of Mugisha John Bosco. In addition, the clothes that the gang leader was putting on, a white shirt, while a pair of shorts and a white cap were recovered and are being submitted for further forensic analysis.
.