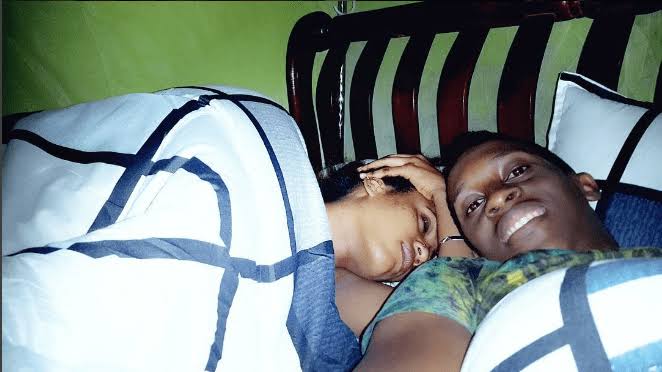 While appearing at Serena based NTV, Bruno told the host Faridah Nakazibwe about his relationship with his ex-girlfriend that we believe to be a one Hannie Wallia.

“She had started disrespecting me, she used to return home at any time she wanted” he said.

Bruno however revealed that however much he used to love her so much because she was always there for him, after upgrading her status she stopped paying attention to him.

“I used to see her driving posh cars whose where about I didn’t know, flying business class to destinations I didn’t know and she also was having money whose source I didn’t know” he added.

Bruno however revealed that the worst if it all was when he proposed and she trashed his ring worth 800k into a trench.

“With my level of brokenness, I bought I ring that was close to her status and proposed to her, she accepted but the following day when she came she didn’t have the ring! When I asked her she said she didn’t know where it had fallen, but of course I knew she was telling a lie since her very well, she was probably going to a side guy and chose to dump it” Bruno K said.

He further revealed that the major cause for their breakup were his girl’s friends who told her that Bruno was too broke for her!

“From then I stopped dating young, beautiful girls!” He emphasized.

Sources told EJazz Media that the ex Bruno is talking about is Hannie Wallia a city socialite that Bruno also used in his Make Some love song.

One of Bruno’s former neighbours told us that she at times almost beat him up!

Quite a number of people believe that artists who always sing about love(ladies’ darlings) always have a very steady relationship, the same way they sing about them and always want to date such artistes. The belief however on several occasions turns out so untrue as quite many artists of the kind tend to suffer with relationships.