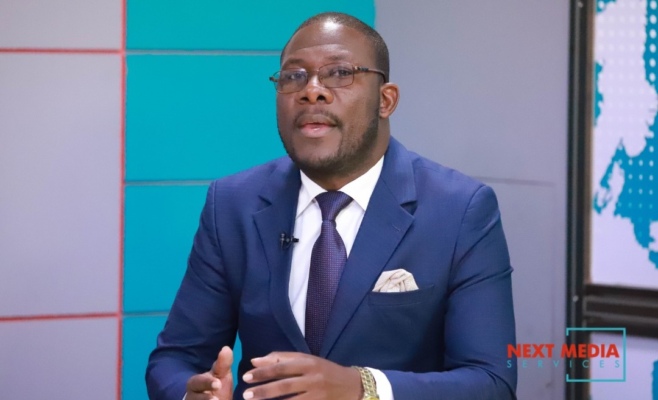 Journalist Simon Muyanga Lutaaya has today morning confirmed his return to the Naguru-based NBS Television after him making his debut after-break appearance.

Muyanga Lutaaya who hosted the famous ‘one on one’ show with Tamale Mirundi announced in 2019 that he had taken on fishing as his new career.

Word on the street though had it that he had been promised a higher position at a new TV Station Smart 24 where things apparently didn’t go well.

It later turned out he had returned to Bulamagi – Kaliro district where he was seeking to replace NRM’s Kenneth Lubogo in an election he lost.

He was part of the pioneer team at NBS TV beginning out a news anchor. Muyanga was soon elevated to the position of the head of the news department at the station. He occupied the position up to 2014.

As he concluded today’s ‘Morning Breeze’ show Muyanga announced that today marked his beginning of his new journey at NBS Tv.

It later turned out a “Fools’ Day” Prank!