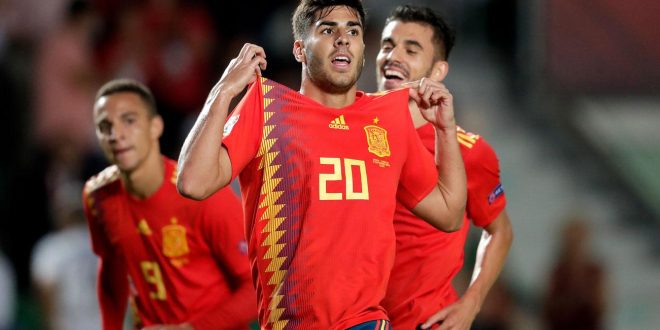 Luis Enrique has had a good start so far in his career as the Spain manager as his side humiliated world cup finalists Croatia with a 6-0 win in Uefa Nations cup to record his second win.
Saul Niguez gave Spain the lead in the 24th minute assisted by Daniel Carvajal, 10 minutes later Marcos sensio scored the second before Lovre Kalinic scored an own goal in the 35th minute to make it three for spain at half time.
With just 4 minute after the beginning of the second half, Rodrigo scored the 4th followed by Sergio Ramos in the 57th minute before Isco scored in the 70th minute to make it 6 for Spain.
Marcos Asensio was the man of th moment as he scored once and set up four goals in the match and Croatia has no way to stop him.
Luca Modric has lost all the three matches he has versed Spain.
Croatia reached the world cup finals in Russia and lost to France 2-4 and this was their second competitive match after drawing with Portugal last week.
This was Luis Enrique’s second match after taking over as Spain manager from Fernando Heirro
Spain now top the table with 6 points and will be back In action In October to face wales before returning to nations league to verse England.
Croatia will also be back in October to face the three lions on their return to the pitch.