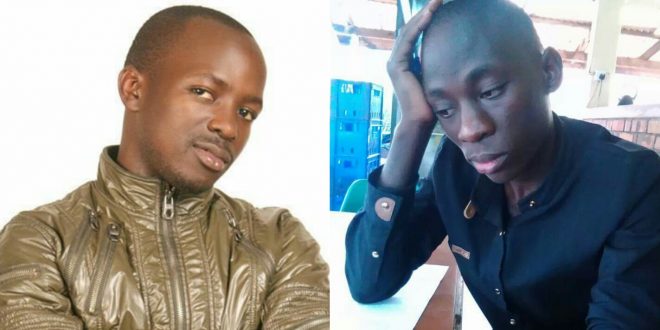 You Got a chance of Museveni Paying Your Fees! – Radio Simba’s Kapalaga Raps Comedian Tamale.

Micheal Kakande aka Kapalaga Baibe and Kafeero Tobby aka Dr. T.Amale , both presenters of Radio Simba seem to be at logger heads over what seems far from over.

This came out after T.Amale appearing on National television where he didn’t speak well about fellow presenter Kapalaga.

This was like the spark off point that got Kapalaga pouring out his heart to the comedian.

“Radio Simba natured me and made me who iam today. Its my first job!, i hv never disrespected it as u tried to reflect on a national TV.” Kapalaga said.

He further added that T.Amale has said a lot of negative things about Kapalaga’as relationship with Kyadondo East MP Robert Kyagulanyi.

“Bobi bought pianos for my Brainstorm Talent School, So if i blow the trumpet for him gwe kikulumirawa???” He adds

Kapalaga also reveals that he has no grudge with anyone even when he does a gossip show because he does research.

He revealed that as T.Amale got his fees bills cleared by President Museveni his were not.

We could not establish a connection with T.Amale for his response but we shall get it here soon.