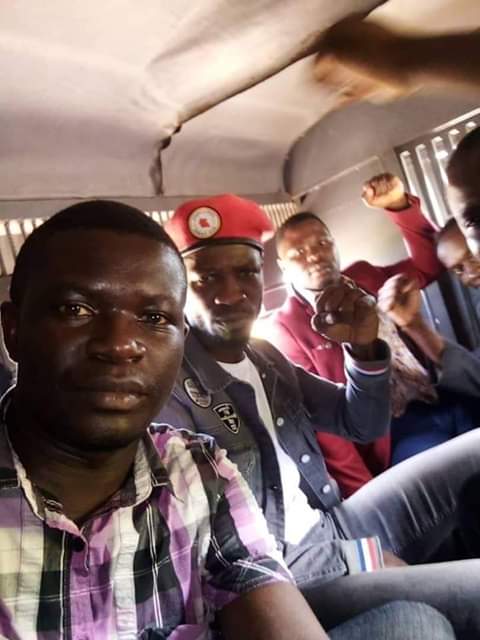 Police after firing teargas and rubber bullets at supporters, it broke the window of Bobi Wine’s car and arrested him. We’re yet to establish why he was arrested. 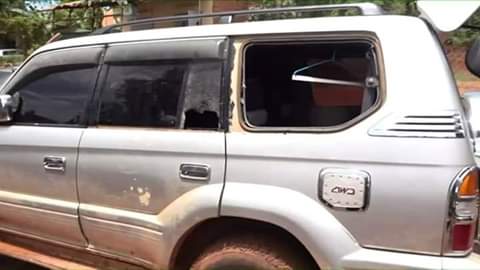 On his social media, Bobi Wine posted a photo of the arrested group in the police van assuring his fans to stay strong .

“Police and the military blocked us from reaching Busabala for our press conference about police brutality, injustice and abuse of authority. A citizen cannot be allowed to access his private property. Museveni!!! They teargassed and beat our people. Many have been arrested. Pepper sprayed. They have been trying to break into our car to arrest me. Now they are clamping our car to drag us away. Stand firm. We shall overcome. #EnoughIsEnough” he posted on his social media.

In the scuffle , Makyindye east member of Parliament! Allan Ssewanyana was seen being man handled by police and thrown away as he fainted.

The director of operations in police Asuman Mugyenyi yesterday issued an order on Easter Sunday afternoon blocking all Bobi Wine concerts saying the organizers failed to meet all the set security guidelines.