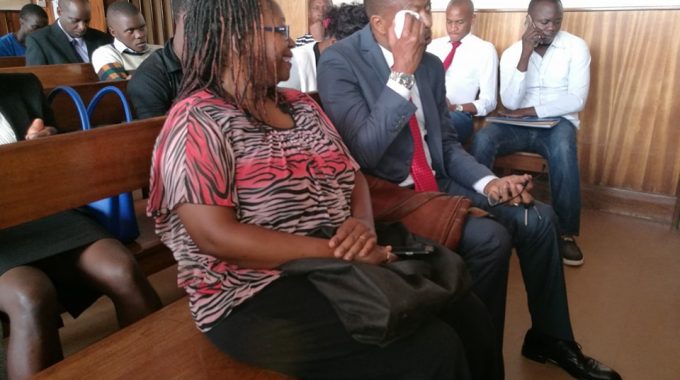 Activists Stella Nyanzi and Fran Gashumba on Tuesday proved their intimacy as they got to court for their respective hearings at Buganda Road Court.

The looks that each of them wore as they shared moments were telling it all, this was not any ordinary conversation as Fran was even seen blushing at times.

As it is said that women always have soft hearts, Ex-MUK don Stella Nyanzi could not hold it anymore until she went and poured all her burning love for Frank on her social media.

“It is an honour to share a wooden court bench with a Ugandan I look up to as one of our frontline battalion commanders, Mr. Frank Gashumba. Dressed to kill in a torquoise suit, white shirt, red neck tie and black Oxford boots, Frank is superbly the most handsome man in Uganda today. Nzena nzena nsabbalade, omutima guntuja bwe ttuttuttu. Ennenne ebugumye keninanye senior bachelor.” She posted.

Frank Could not hesitate posting as he posted this , “Gashumba should “marry” Dr. Stella Nyanzi Nalongo
#Opposition Activists & The persecuted one side”

This has left several questions among the public among which is “What exactly is between he two” , “Is is just social media circus ” among others.

We are on the look to unveil anything that comes up.