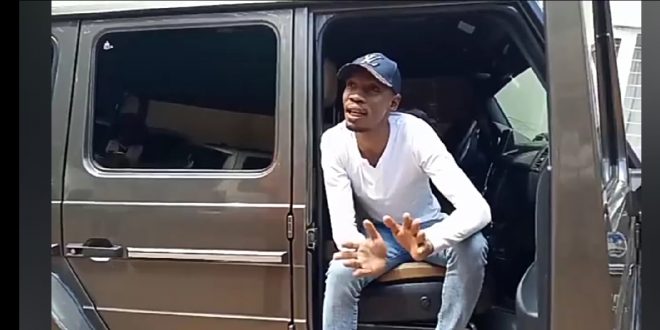 They Used Me And Dumped Me! – Brian White Curses Mafia Gang, Hints on What next!

City socialite Brian Kirumira aka Brian White has come out to reveal to Ugandans what he’s up to of after going silent.

While celebrating his 2020 birthday, Brian White expressed gratitude to his friends; Kasuku and Kaima(both Dembe FM presenters) saying they were showing him genuine love.

“Thank you for being real, I had many people around me (during the active days of the foundation) but right now I have only you” he told the two as he received his birthday cake from them.

Also exposed the fact that he was very careful with what he was eating as he feared food poisoning.

“I have taken long without just eating anything from anywhere but I trust the two of you because you have genuine love” he told Kasuku and Kaima as he promised to do for them something big in return.

White also said he was having second thoughts on resuming his efforts in poverty eradication.

“I am one of the few people who was doing what I did out of personal efforts, no one had sent me,” he said adding that it’s so absurd seeing other people fighting hard to put him down.