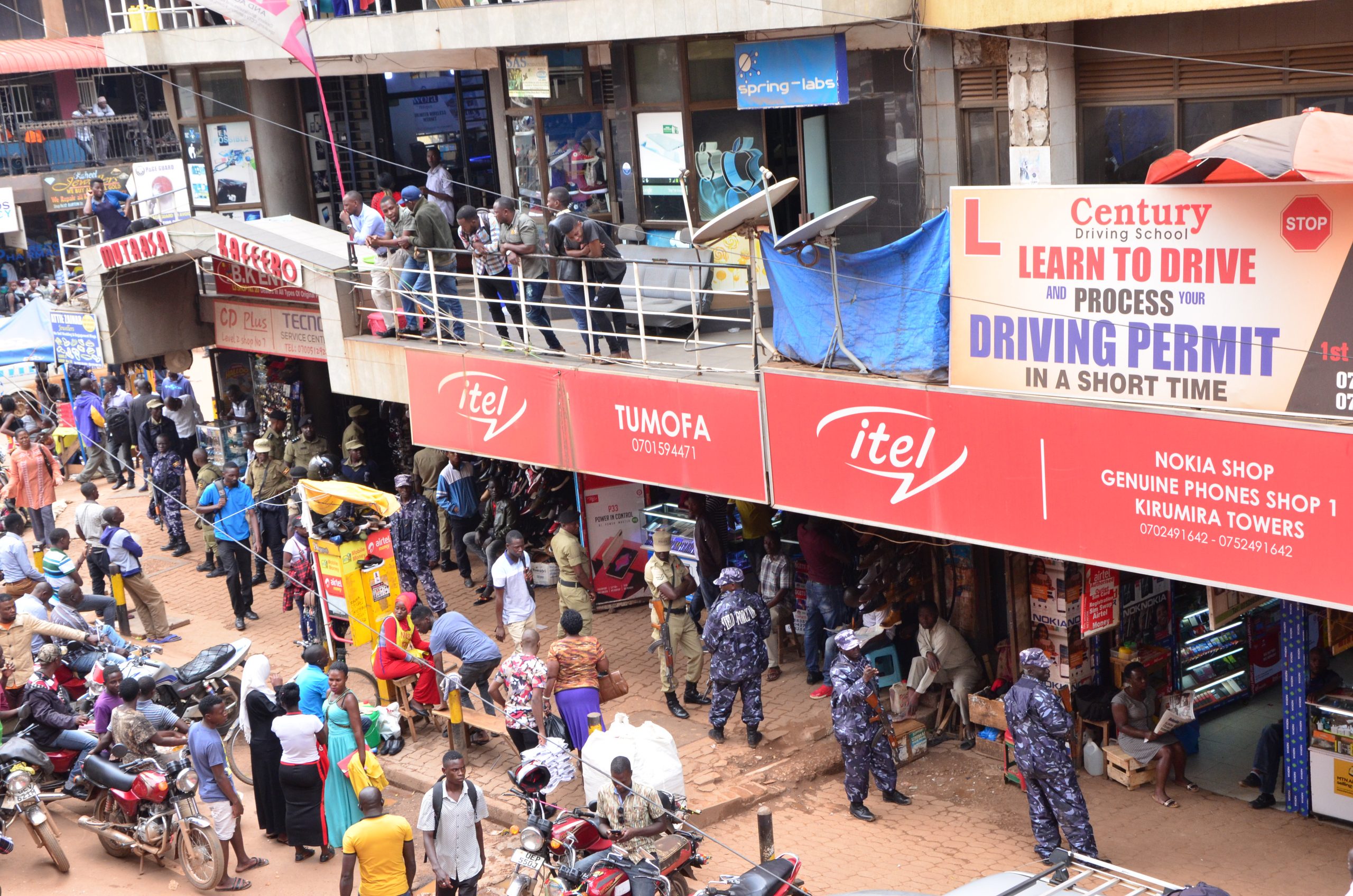 Uganda police has come out to give an intensive report on the raids conducted around Kampala Metropolitan area that saw several shops ranging from mobile phone shops, to auto part shop and scrap & metal shops sealed off by security agencies.

The report reveals that raids covered 184 shops and yards that were selling suspected stolen items. A total of 230 arrests and several recoveries were made. The operations were based on intelligence, following several thefts from street gangs, attacks on boda boda riders, breakings and burglaries in selected neighbourhoods, and robberies, where the stolen items, were linked to these shops and yards.

” We initially assessed 1600 cell phones, then 2524 and came up finally with a total number of 6808 cell phones that were recovered. Out of  these 1325 had no IMEI,1571, had no serial numbers, 353 had no details at all, 09 still had profile pictures of suspected owners and one phone had its contacts intact, bringing the total number of phones with queries to 3648. It implied that 53.4% of the total phones recovered had issues. In addition 7 shops had 100% cell phones that either lacked IMEI and or had altered serial numbers. ” police says.

Enanga further reveals that the shops cordoned and searched were found to be in possession of cell phones with no IMEI, had altered IMEI or serial numbers, had no serial numbers.

“Some still had contact lists and sim cards, and others had profile photos of suspected owners.” he adds

There were also cell phones recovered with superficial or easy to alter manufacturers’ logo and those whose contents did not match the entire make and model i.e. the battery and housing labels were different.

Enanga says the operation has started yielding fruits, such as a significant fall in the thefts of mobile phones, electronic and motorcycles, as well as reduction in complaints from utilities like UETCL , KCCA, UNRA, telecom companies. He therefore promised more continuous intelligence led raids.

” We would like to encourage all business that were dealing in stolen goods to change their methods. We also commend the majority of dealers who are transacting genuinely, and all those who cooperated with our investigation with genuine documents supporting their stock. All items without any issues shall be handed over. ” he concluded

Joint security task teams on the 24/10/2019, conducted 3 separate raids on shops that were dealing in suspected stolen items within Kampala City.

They raided units, around Muganzirwaza, where suspected stolen motorcycles, were being sold and stripped for spare parts recovering several motorcycles, and also came across dismantled reusable parts. A total of 250 suspects were arrested for further screening.

The other two teams conducted raids on shops dealing in suspected stolen electronic devices and phones, on cooper complex and Mutaasa Kafeero, respectively.