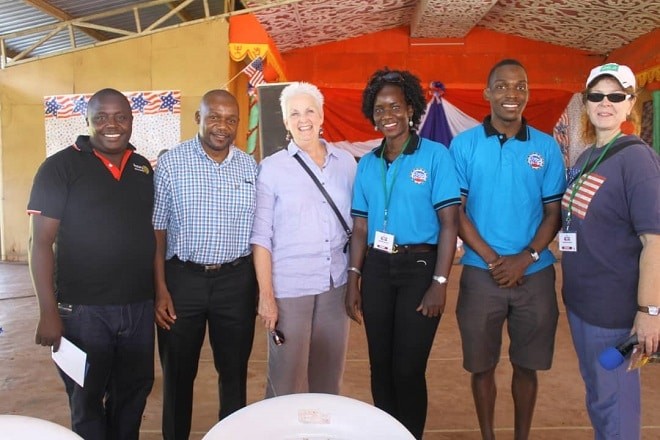 The United States Of America Ambassador to Uganda, Deborah Malac over the weekend joined the American Chamber of Commerce and the general public to celebrate America’s independence in Uganda.

Deborah Malac who was the Guest Of Honour arrived at the venue at around 1 Pm and interacted with several exhibitors from where she continued to cake cutting with the Board of American Chamber of Commerce.

The colourful event that went down on 7th July attracted  was filled with activities like kids’ like face painting and bouncing on the castle for kids that kicked it of at 1 Pm.  Among other activities at the event was egg carrying and tag of war competitions, exhibition by several companies like  Ujuzi arts,Coupon book, UMC Victoria hospital among others.

Masses attended the event that was concluded at around 8PM with fireworks.

Below Are Some Of The Photos Showing How It All Went Down.