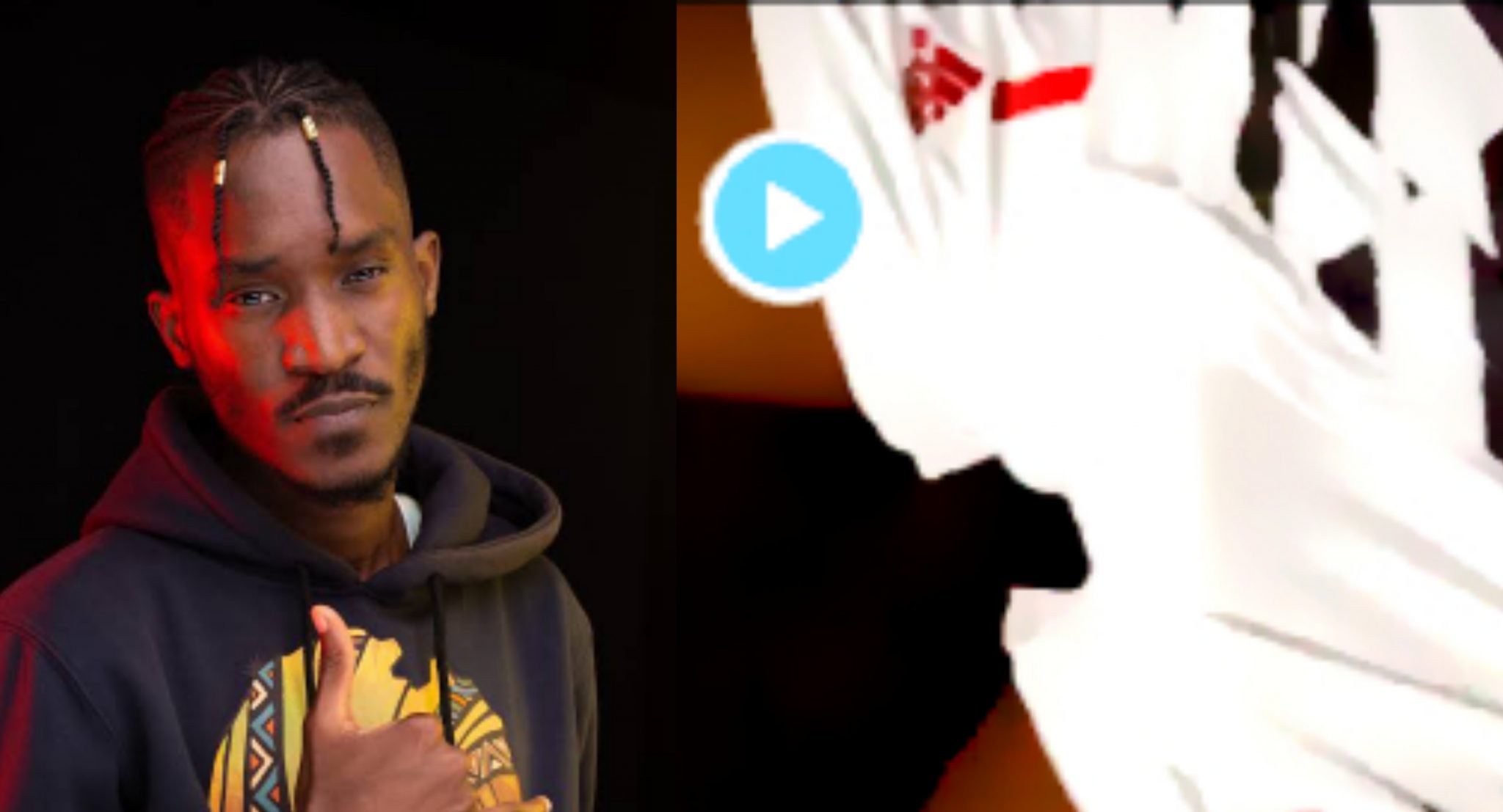 Tuli Kubigere hit-maker Alexander Bagonza aka A Pass has today evening showed of his endowment from God in a very short.

In a tweet, A Pass posted a video with a caption showing off his Manchester United Jersey though the people that saw the tweet paid less attention to all he was saying as most were taken away by the ‘cassava’.

A Pass has been trending for the last few days after coming out to identify with people power as he made several posts in support of presidential candidate also an artiste, Robert Kyagulanyi aka Bobi Wine.

Intentions of the tweet are what we are yet to verify!