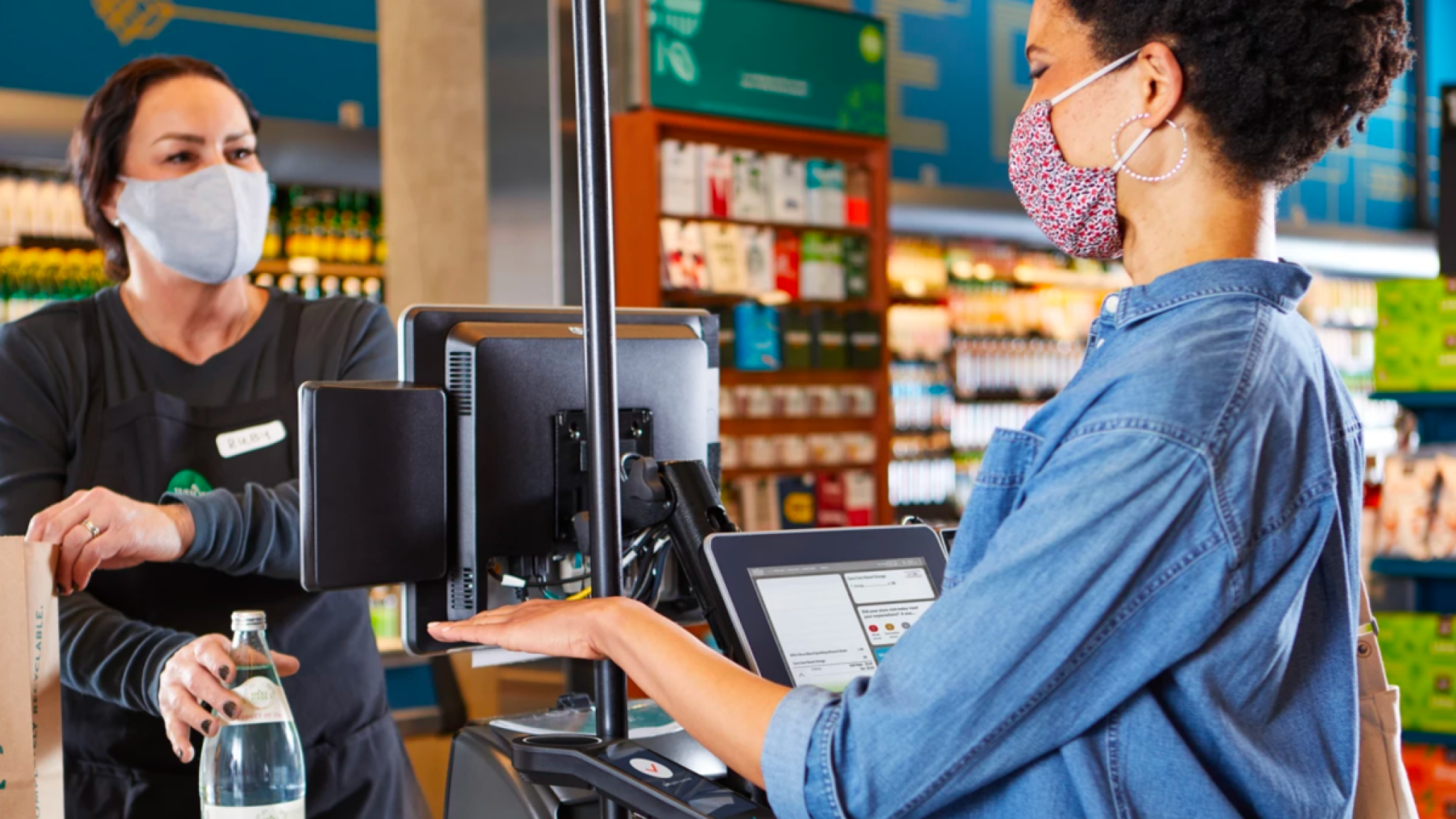 Whole Foods will launch a palm reader payment system at its Madison Broadway location in Seattle today and has plans to roll out the biometric program at seven more stores in the coming months, according to an announcement early Wednesday.

The electronic palm readers, known as Amazon One, allow people to pay for everything in their cart with a swipe of their hand, provided they’ve registered for the service with Amazon. The tech was previously only being used in brick and mortar stores from Amazon, the corporate owner of Whole Foods.

Amazon, the company that so much of 20th century dystopian sci-fi tried to warn you about, first launched the new biometric payment system in September of last year and “thousands” of consumers have signed up for the payment service, according to the company.

“Customers who are new to using Amazon One can sign up at any Amazon One kiosk or device in participating stores, and enrollment takes less than a minute,” Dilip Kumar, vice president of Physical Retail & Technology at Amazon, wrote in a blog post Wednesday.

“After they insert their credit card, customers hover their palm over the device and follow the prompts to associate that card with the unique palm signature being built in real-time for them by our computer vision technology. Customers will have the option to enroll with just one palm or both. And that’s it!” Kumar wrote.

Customers at Whole Foods will still be able to pay with cash and credit card, even as palm readers are being rolled out. But it’s not too hard to imagine a future where these kinds of biometric payments become so mainstream that people stop accepting anything but Amazon One palm prints, much in the same way that some retailers no longer accept cash.

Amazon stresses there are no planned job cuts at Whole Foods as part of the technology rollout, but the tech giant has a bad track record with the truth. Only time will tell, especially as Amazon execs are no doubt running on an emotional high after the defeat of a high-profile unionization drive in Alabama.

The rollout of Amazon One to Whole Foods is a significant expansion that will likely test the feasibility of the system in non-Amazon branded stores. Will other retailers want to introduce Amazon technology and become reliant on a competitor. If you take a look at who’s adopted AWS, some of them already are.

Again, we were kind of warned about this already.