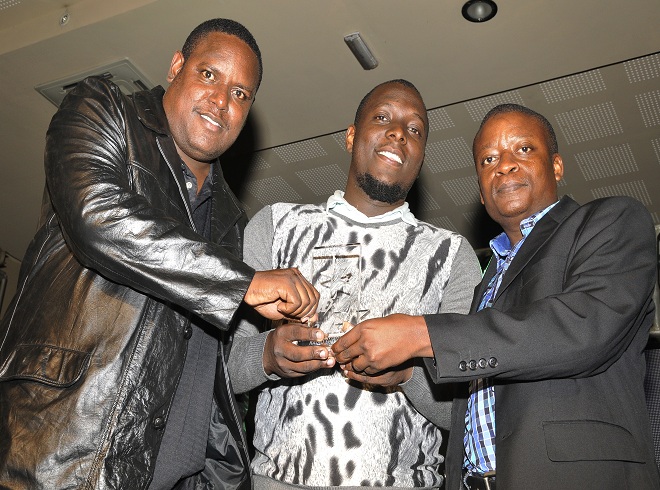 The wrangles between Dembe Fm radio presenter, Kasuku and singer Eddy Kenzo have proved their plans to  take some good taste of time.

The two who had burried the hatchet now have it risen again as a result of the Save Ug music Campaign.

Last week in a meeting of all artistes and uganda music stake holders is where it all started  when artistes booed one of kasuku’s workmates Eddy Ssendikadiwa aka Ssendi as he tried to convince them not to boycott UPRS(a body in charge of Ugandan Music).  Moses Radio denied Ssendi a chance to speak a thing that annoyed he whole team forcing them to leave before closure.

After the incident, Ssendi and Kasuku took the chance of having a talk show about entertainment on Dembe Fm and insulted Ugandan musicians calling them foolish. They continued to emphasize it that Nigerians are far much better than Ugandans musically giving reference to one of Kenzo’s Songs.

Audios of the show were forwarded to Eddy Kenzo and that how it all started once again as kenzo.