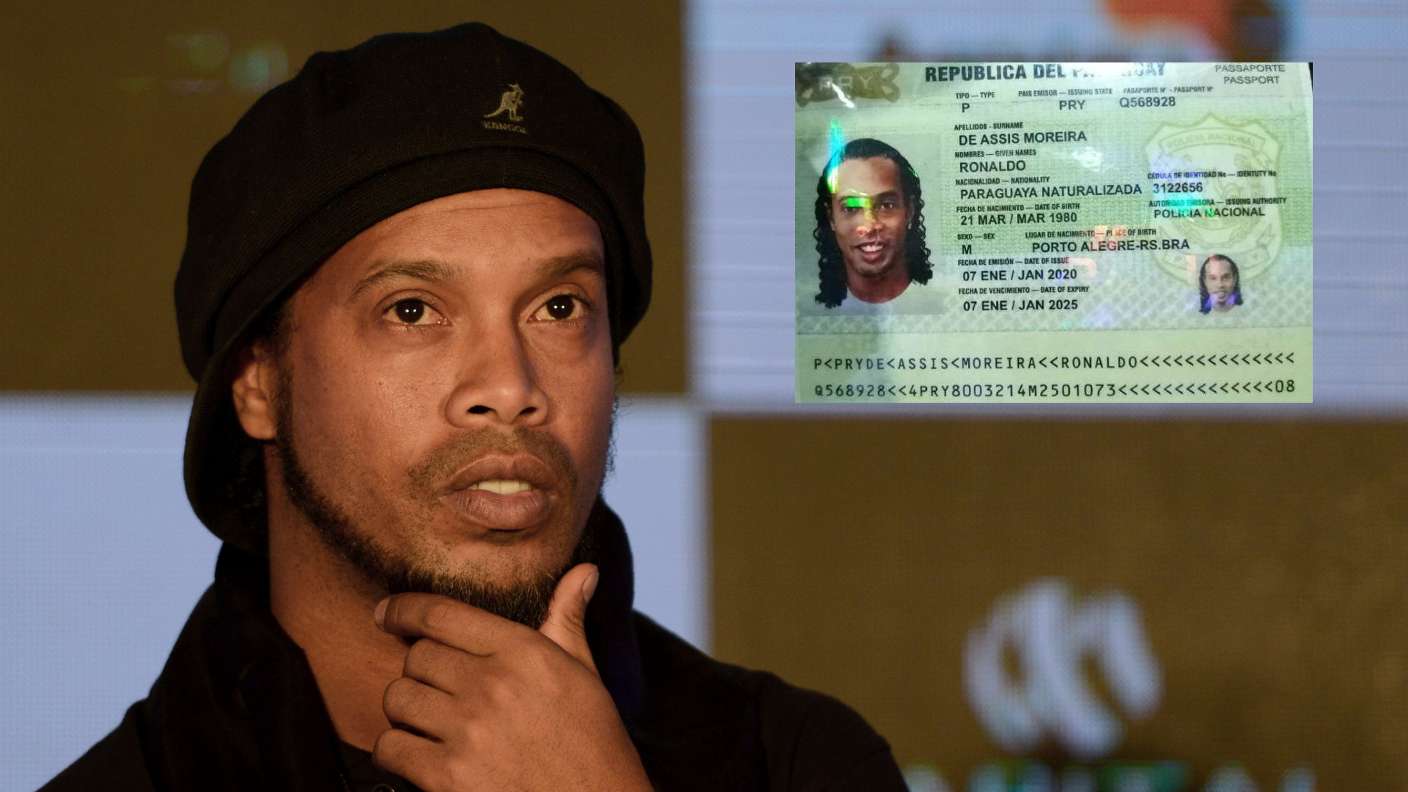 Brazilian legend Ronaldinho has been arrested in Paraguay for allegedly using false documentation to enter the South American country.

The 39-year-old, who won the World Cup with Brazil in 2002, was detained in the Resort Yacht & Golf Club Paraguayo along with his brother Roberto on Wednesday night, the Ministry of Interior of Paraguay said.

According to La Nacion, passports were found in the hotel bearing the names of Ronaldinho and Roberto with Paraguayan nationality.

Both the brothers remain in the hotel suite with Paraguayan authorities set to issue a statement on Thursday morning.

An official statement from the Paraguayan police said Ronaldinho and his entourage had been invited to Paraguay by casino owner Nelson Belotti.

The Brazil international was expected to hold several publicity events with the media invited to witness his interaction with fans and dignitaries.

Ronaldinho is currently without a Brazilian passport because of an environmental fine he received in 2018.

The former Barcelona star and his brother were convicted of illegally building a fishing trap at Lake Guaiba in 2015 without proper licensing in a permanent preservation area.

That conviction saw the duo handed an $8.5 million fine in November 2018 and after failing to pay up, Brazil’s Superior Court of Justice decided to stop Ronaldinho from being able to leave the country.

Despite being unable to leave Brazil, Ronaldinho was unveiled as one of the country’s new ambassadors for tourism in September last year.

Literally stranded in his homeland, the former AC Milan star said at the time that he was trying to make the most of his limbo after accepting a role to promote Brazil’s tourism.

“Tourism is very important for generating jobs and regaining our image internationally,” Ronaldinho said at his unveiling as an ambassador.

He also clinched a plethora of individual honours including the 2005 Ballon d’Or and the FIFA World Player of the Year in 2004 and 2005.

The Porto-Alegre born forward lifted the Jules Rimet trophy in South Korea and Japan in 2002 and won the Copa America with his nation in 1999.