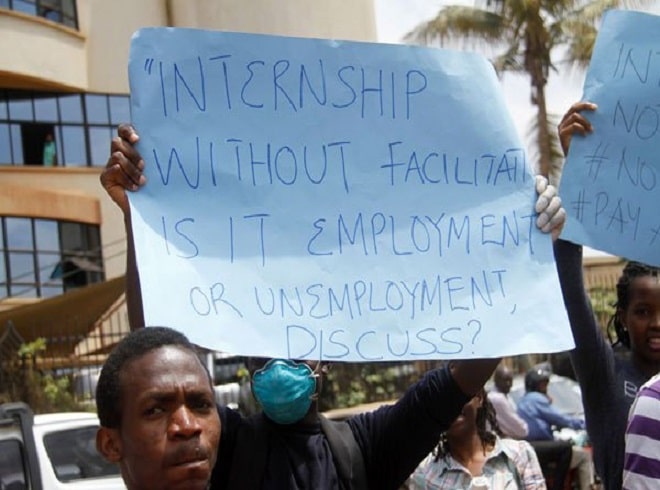 Yesterday intern doctors through their association known as the Uganda medical intern association declared a strike over going  on their jobs until further notice .

They attributed the strike to missing their salaries for a period of two  months and the government has remained reluctant  about such an issues affecting 1500 doctors including dentists ,midwives among others .

However  some of these intern doctors  have today have appeared on their jobs claiming that they fear to be sucked. Others say they nearing their graduation and therefore need to secure their jobs.

A group of the intern doctors from Makerere university say they are doing their exams and they rather find it irrelevant to go to strike. These however vowed to go with what the  Uganda Medical Intern Association  decides in the coming days.

At  Mulago referral hospital in Kawempe division,  some of these doctors were busy working  though journalists were refused to take pictures .

While Speaking to the masses in Sembabule on labour day celebrations, the president of Uganda, HE. Yoweri Kaguta Museveni confirmed that he was in plans of importing Cuban doctors to substitute the “lazy and unprofessional Ugandan doctors”.