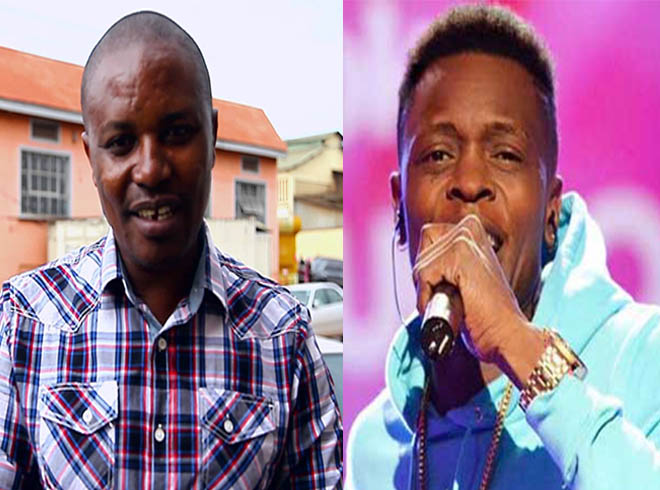 The battle between self proclaimed music doctor Jose Chameleone and Bukedde journalist Josephat Sseguya seems not yet to end.

This comes after  the two chose to fire at each other on every opportunity. After the incident that happened at Catherine Kusasira’s introduction, Chameleone came out today 23rd April 2018 on his social media and revealed how he had no issue with Sseguya and he was just wondering why Sseguya was behaving like that(attacking his family, according to Chameleone)

Sseguya also came out and revealed how he has known alot about Chameleone but he never revealed. He revealed how the singer was given tight conditions in order to hold his wedding.

Sseguya also brought out his photos with Chameleone saying he had no grudge with him and was just being a journalist. He wondered why Chameleone only wants the journalist to say good things about him. He however added that he reported his case to court because Chameleone promised to either beat him or get him beaten.

On hearing these, Chameleone came out and responded saying he has no problem with the journalist and he was just cautioning him to let his family be.

Chameleone also revealed how the journalist has been against the Mayanja family for a long time.

“You attacked my son while alive even after death?” Mowzey Radio’s mother asked Sseguya  according to Chameleone.

We are following all the details and are yet to unleash them.