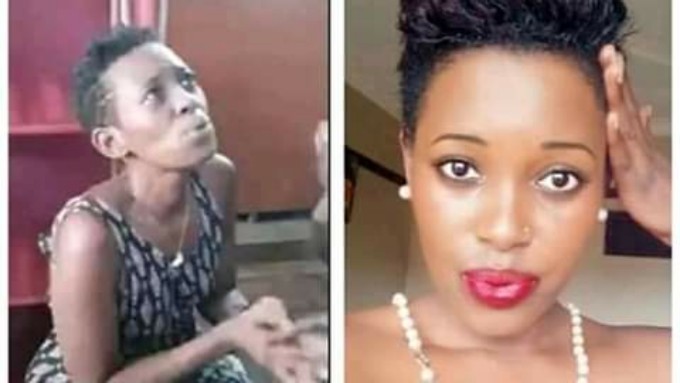 This all happened today afternoon at Ham Shopping Mall, Nakivubo, Block A.

Pretty Glo was caught as she tried to snatch someone’s phone inside the busy mall. Pale-looking Glo pleaded for forgiveness, a thing she was granted.

After recognising that she was once a famous artist in the country, the onlookers chose to forgive her and let her go. They also raised some money that they gave to her.

This comes shortly after his boyfriend Qute Kaye was also arrested for stealing car headlights.

Word moving around has it that the two are suffering from effects of drug abuse as they do all these in efforts to find ways of buying the drugs.

Pretty Glo was once a very known artiste as she even has a collabo with Fidempa.