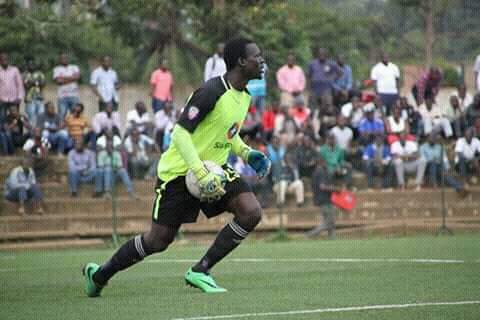 Fans of SC Villa’s Samson Kiirya have high hopes of seeing the goal keeper back at the pitch.

This follows the news that came in today morning establishing that Kiirya underwent a successful 2-Hour knee surgery on Monday. Kiirya has been ailing for almost half a year after his ligaments and tendons got torn.

Efforts to have him operated were spearheaded by the club fans after doing several fundraising campaigns. The fundraising was to cater for both Kiirya and Nsubuga Joseph who both had injuries.

Kiirya is currently at Mulago Hospital, Orthopedic Department, Ward 7 as confirmed by Dr. prof Kajja. Dr.Prof. Kajja who carried out the operation says Kiirya is out of danger, though having some pain which comes after any operation.

He is expected to spend at least three months to full recovery.

Kiirya is part of the trio that withstood the hard situations when almost all the players were sold out to other teams. This was when Ben Misagga, the then president of the club resigned. Among other players that stayed is Nsubuga Joseph and Ambrose Kirya. His stay was a reason for the fans to do all they could in a bid to save him.