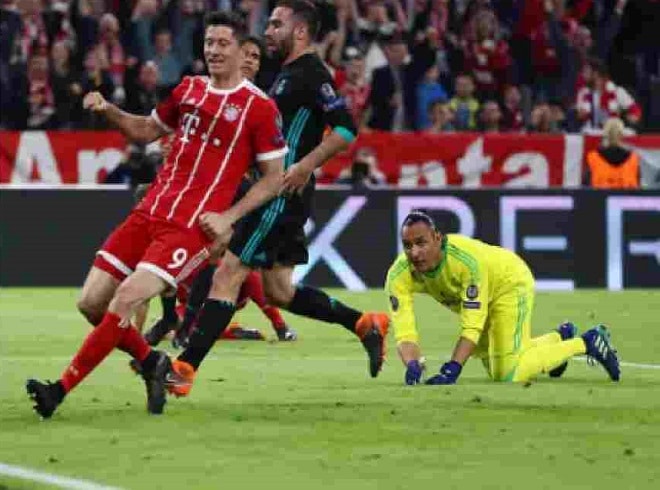 As Real Madrid is set to host Bayern Munich at Santiago Bernabu in the champions league match at 9:45pm, we look its chances of winning the game.

This is the semi final stage of the second leg where Madrid goes into this game with 2-1 goal lead over Bayern Munich. Madrid defeated  Bayern at Allianz arena with scores from Marco Asenio and Marcelo for Madrid and Joshua Kimikich scored for Bayern Munich.

Madrid will be playing final for the third consecutive season and if they win, it will also be the first time for any team to take the treble for first time in the champions league history.

Meanwhile tomorrow Roma will host Liverpool on stadio olimpico at 9:45 with Liverpool having an advantage of 5- 2 goal lead scored by Mo Salah, Roberto Firmino ,and Sadio Mane for Liverpool and Eden Dzeko  for Roma. This will be Liverpool’s first time to go to the final in the period of 11 years.